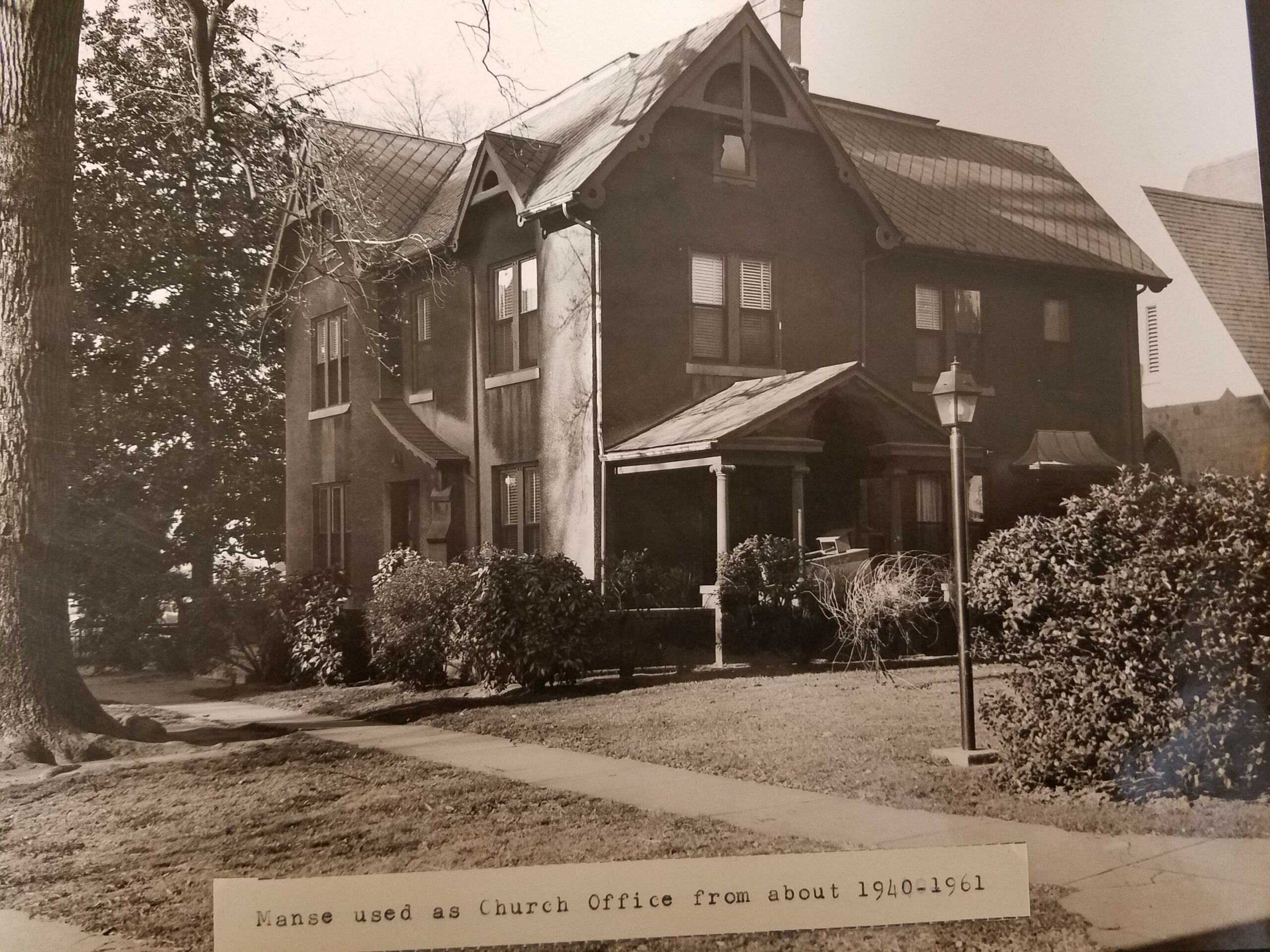 On December 22, 1876, The Charlotte Democrat reported that a new and elegant Parsonage had been completed for the Pastor of First Presbyterian Church. The paper reported “We wish every Christian Minister of the Gospel in the land had as nice a house to live in.” According to A History of First Presbyterian Church by Elizabeth Williams, contracts were let for Mr. Moss and Mr. Galloway to do the brickwork and Mr. Rudisill the woodwork. The two and one-half story stucco building beside the church on West Trade Street had 8 rooms. The kitchen and water were within easy reach of the building.

A number of ministers and others lived in the house. Two moderators of the General Assembly of the Presbyterian Church U.S. (Southern) lived in the manse; Dr. James R. Howerton and his son Philip Howerton (born in the manse). The final occupant, before it was converted to an office building was Dr. Albert Sidney Johnson until 1940 when he completed his stint as a minister at First Church. Thereafter the building served as an office for the church as well as the Mecklenburg Presbytery and the North Carolina Synod.

An article in the Charlotte Observer, dated August 2, 1960, memorialized that the manse was to be demolished that week to make way for church offices, Sunday school space and continued offices for the Presbytery, Synod and Presbyterian Foundation.

A Session gavel was made by the Rev. Robert Turner from a part of the mahogany stairway from the old manse and presented to the Church in April 1961 when the new Office-Educational Building was completed.

First Church has had other manses, including a home at 2138 Roswell Avenue. The property was purchased on March 1, 1957 by E. McA. Currie, T. E. Efird, Nat. G. Speir and Dolph M. Young, Trustees of the First Presbyterian Church of Charlotte, NC and was sold by church trustees on April 17, 1972. Ernest Lee Stoffel, D.D. served as minister from 1955 to 1972 and lived in the home on Roswell Avenue.