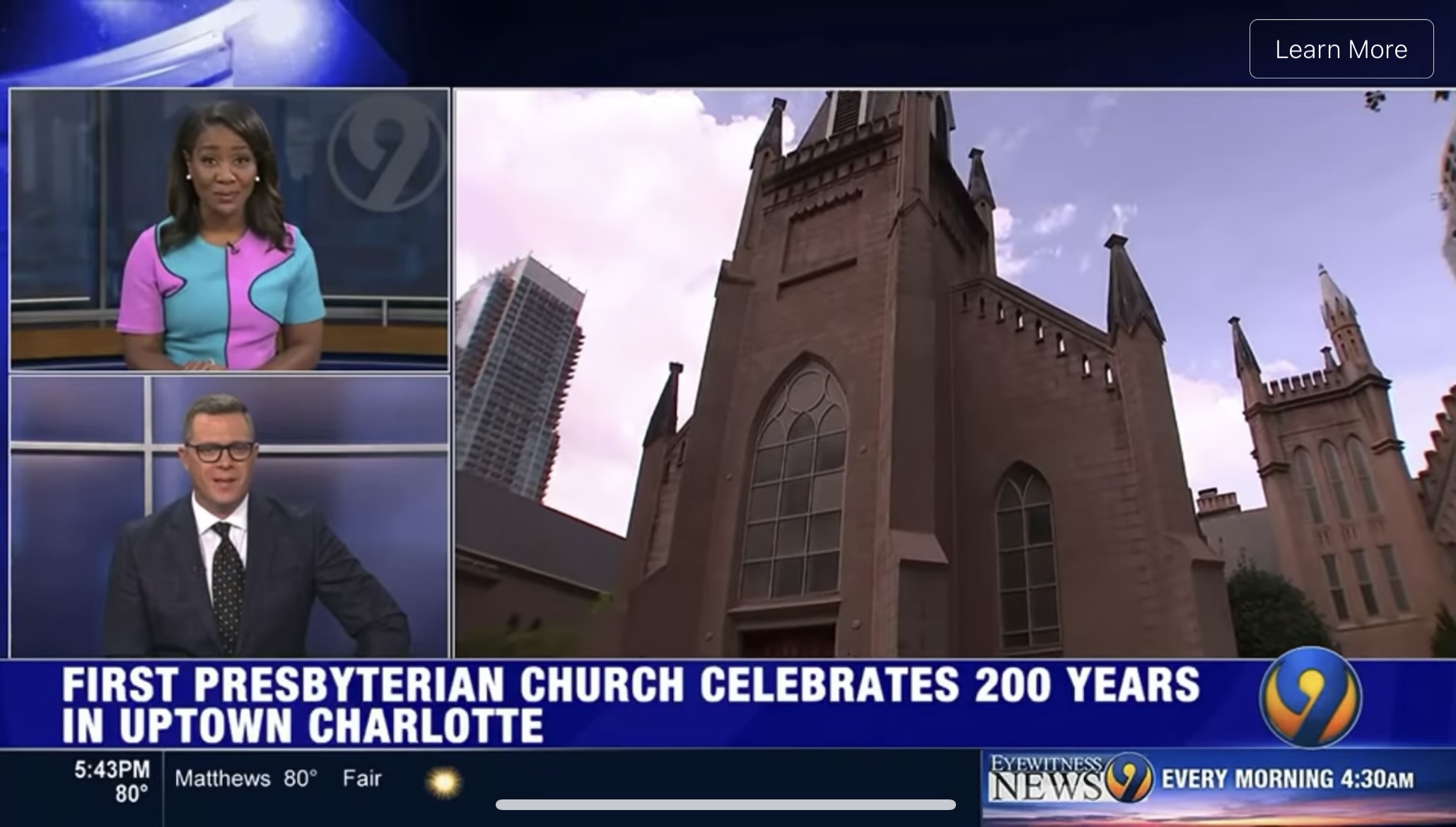 CHARLOTTE — There is a lot to celebrate at First Presbyterian Church this weekend — 200 years of worship.

The church had a front seat to uptown Charlotte’s extreme transformation, but while our city has changed around it, the heart of the church has remained the same.

Long before its towering monuments to banking and business, what is now uptown grew up around the spire and steeple of an old Presbyterian church.

“Charlotte was not the center of anything except that it was a little crossroads,” said Charlotte historian Dan Morrill.

Morrill said that little crossroads began to grow in the early 1800s when a new wave of immigrants moved down from the north and put down roots in what was then just a small settlement at the intersection of Trade and Tryon streets.

“The coming of the Scotch-Irish, the majority of whom were Presbyterians, was a whole new momentum in what we now call Mecklenburg County,” Morrill said.

In 1821, the new arrivals laid the foundation of what would become First Presbyterian Church, right in the heart of the tiny community.

He said that brick church became the center of not just a growing town, but a city. A city that sprawled outward toward the suburbs in the last 70 years, taking many people and churches with it — but not the old brick church.

“First Presbyterian Church was credited as being the anchor,” said former pastor Dr. Bill Wood. “During the 50s, 60s and 70s when everybody else left, this group stayed.”

When Wood got here in 1983, he said members came on Sunday morning for an hour and left. By the time he left 27 years later, the church had again become a center of community life with a ministry extending well beyond its walls, seven days a week.

Before he retired in 2010, Wood commissioned a fresco in the fellowship hall that tells the story of the good Samaritan, a perfect illustration, he said, of the church’s mission.

“The parable actually asks the question, ‘Who’s your neighbor?’ And the answer, of course, is the person in need,” Wood said.

The roots of this church now run 200 years deep and 2,000 members wide. It stands as a quiet and steady anchor in the heart of a bustling city that has held its ground and may be more relevant now than ever.

“We care about what’s going on in the world around us,” Peery said. “And I think one of the reasons people turn off to church is when they feel a church is burying its head in the sand and ignoring the problems of the world and, especially coming out of a pandemic, there is a deep hunger for people to connect and be a part of something.”

The church will celebrate its bicentennial this Sunday with worship at 11 a.m. followed by fellowship at 12:15 p.m. A luncheon was canceled because of COVID precautions.