In the year 1973, the price of a gallon of gas was 39 cents; a gallon of milk was 62 cents; the average price of a new home was just $32,500; Richard Nixon was president; Super Bowl VII was won by the Miami Dolphins; The Rev. Dr. George Carswell Hughs frequently preached from the sanctuary pulpit while serving as Senior Pastor. It was also the year First Presbyterian Church had the honor of hiring Willie Atkins.
Willie Atkins began his long custodial career at the church as a young man in his early 20s. Throughout the years he has served the church and its members in many ways: room set-ups, program support, facility and vehicle maintenance, policing of grounds, Room in the Inn preparations, dish-washing, opening and locking up the facility, and changing the many light bulbs on the large campus – including those in the sanctuary chandeliers.

What a gift to have had such a kind, caring, helpful, and fashionable friend for 50 years. Willie is a quiet and steady presence who always greets me with an engaging word, quick smile, and twinkle in his eye.
Lisa Dillard

Just hearing “48 years of service” demonstrates a dedication to the church, but it doesn’t begin to summarize his dedication to the members. He is known among the congregation and staff for being personable – he will ask how you are and then ask about your family members by name. He is described as someone who “brings light and joy” to your day. Ask anyone about Willie and they will tell you of his many wonderful qualities – he is kind, friendly, dependable, loyal, hardworking; and he has a heart for helping others. This is evidenced by his willingness to go above and beyond in his job and relationships. 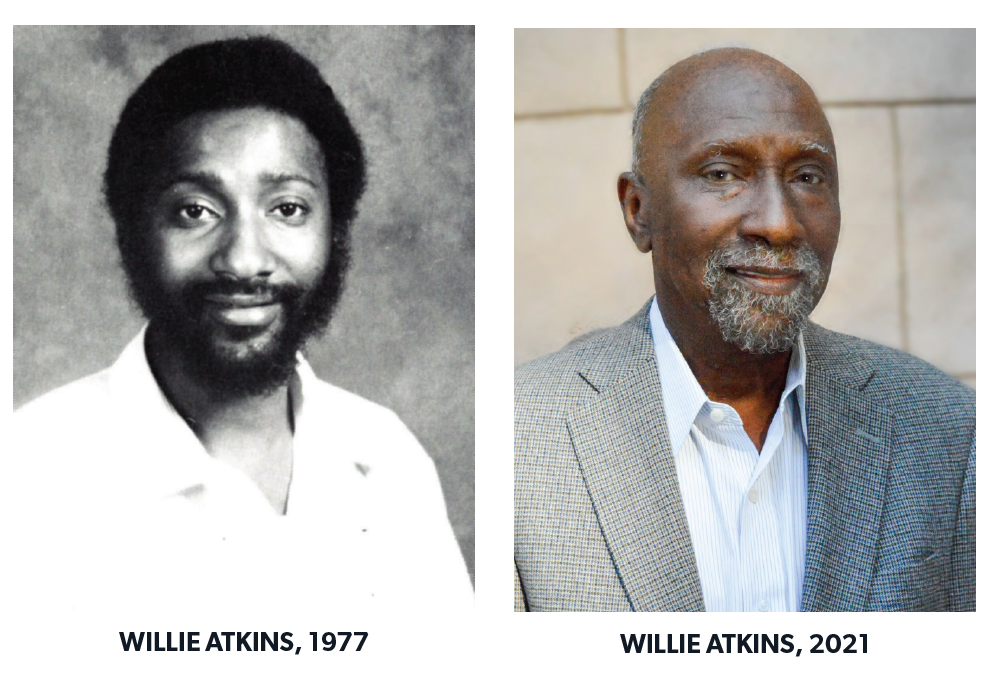 Elise Barksdale, who has been a member of the church throughout Willie’s career, will tell you how Willie has always asked about her children by name, that he will drop anything he is doing to have a conversation, and above all, how he is always dependable and willing to help when she needs it. “When I was the Youth Director way back, I would be the last one to leave the church after youth group. Willie was the custodian at night, and he would never let me walk to my car by myself. Every Sunday during the school year, he would help me to my car, he would carry anything and I’d say ‘Willie, I can carry it’; but no, he would never let me carry anything. If I was coming down there and had things to unload he was always right out there to unload my car.”

Bob Ivey, former Director of Music, tells a similar story. The two worked together for 23 years. They would see each other bright and early every Sunday when Bob arrived at 7:30 a.m. to practice for the early service. Bob shared, “The first person I always saw was Willie. If you needed him to do something for you he was right there. He would always help me move the handbells and heavy cases. Anything Willie saw that needed to be done he would pitch in and help.”

Willie is such a good-natured person. I just feel privileged that he helped me get in and out of the church.
Bob Ivey

Bob shared a fond memory of Willie from one early Sunday morning. Apparently, someone had left the sound system on overnight, and in the morning when Willie arrived to prepare the sanctuary for worship, “he went up to the pulpit, and not realizing that the system was on, passionately proclaimed ‘This is Dr. Hughs and I ain’t got nothing but good news for you!’” Willie’s declaration boomed out of the speakers. “He said it just like he was preaching.”

Elise and Bob are not the only ones who will tell you of the fond memories they have of Willie. The Rev. Dr. William Wood, former Senior Pastor, worked with Willie for 28 years. “One night I was working late at the church in preparation for a funeral. At that time Willie worked in the evening until nine o’clock and was in charge of securing the church building for the evening. Around nine, I told Willie that he needed to go home and that I would make sure the building was locked and secured. Willie did not say anything and so I went back to work. When I finished around eleven that evening, I walked down the stairs and there was Willie sitting at the desk by the door. He would not go home until I had left the church grounds. That is what makes Willie Atkins the kind of person that people love and respect.”

Willie Atkins is deeply loved by the ministers and members of First Presbyterian Church. He is not only a member of the staff, he is also a minister in his own right. God bless Willie Atkins!
Rev. Dr. William Wood 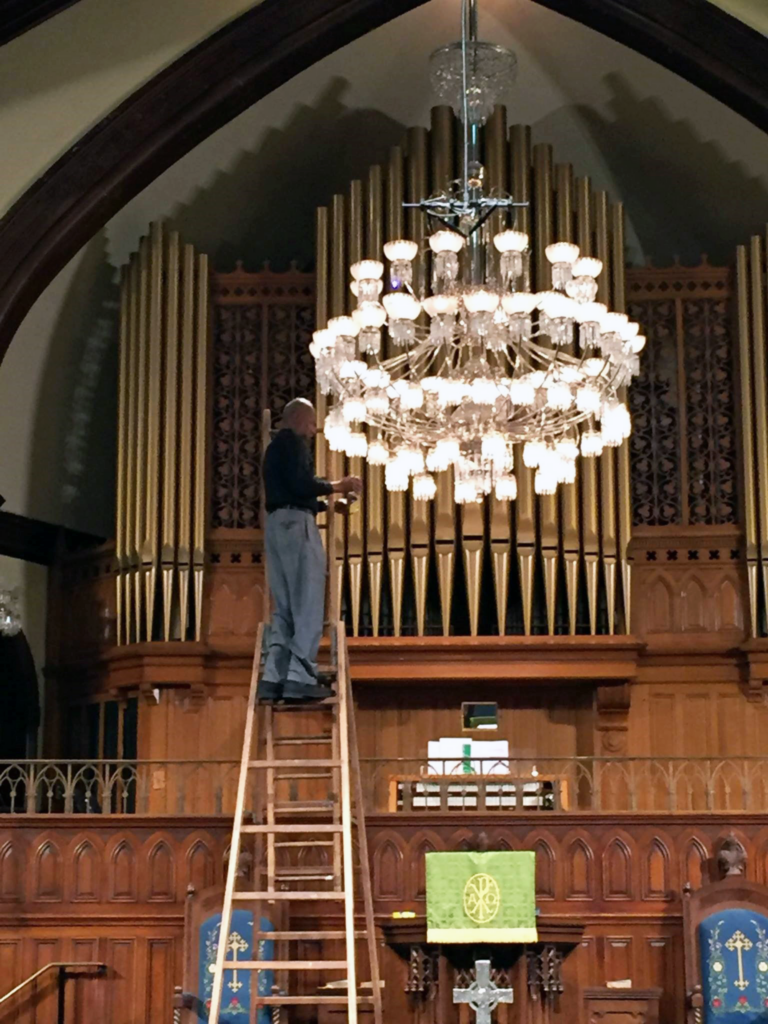 Willie also had a particularly close relationship with Henry and Daisy Bridges. He and Henry worked together at the church and cultivated a strong friendship. Many years later, when Henry developed moderate dementia, Willie stepped in to be a support person for him. He used to visit Henry on Saturday mornings when he was in the nursing home. “I’d just visit with him, push him around, sit with him. He didn’t talk much, but I’d be there with him for four hours every Saturday until he passed.”

His dedication and helping heart flowed over from Henry to Daisy Bridges as well. The Bridges’ daughter Lindsay shared that “Willie had a huge hand in the beauty of mom’s garden. She relied on him extensively in creating what was basically her art form, and when she finally knew it was time to leave her garden and move to Sharon Towers, he helped her bring as much of it as possible to her new home there as well.”
Beyond his love for First Presbyterian Church, Willie has a great love for landscaping, and his thriving yard service business is evidence of this. Many of the members will tell you that they entrust him with their yards and homes. Several years ago, Bill Wood hired Willie to help him with some of the yard work at his house. “He was so diligent that my neighbors began calling me wanting to know how to get in touch with him. Now, he helps a number of people in my neighborhood.”

Willie plans to spend more of his time focusing on this passion once he retires. “Landscaping is one of the reasons I’m retiring. I hope to have some time to vacation and travel a bit, but I won’t forget about my work.” In true Willie fashion, he even mentioned coming back to help on occasion. “As a matter of fact, if they need me sometime I’ll come back. I’ll come back and volunteer or help if they need somebody.”
In the last 48 years, the church and city have changed, but one thing has remained constant: Willie’s love for First Presbyterian and its members.